Car accidents can cause several types of serious injuries. The head, neck, shoulders, back, arms, and legs are all vulnerable to injury in most every automobile collision. Depending on the force of your impact, where your vehicle was struck, and what kind of vehicles are involved will almost certainly determine how severe your injuries may be.

When considering such factors, it’s easy to see how no two car accidents can ever be the same. It then follows that no two settlements can ever be identical either. Regardless of what some law firms may tell you, there is no special formula you can use to calculate an accurate settlement for your injuries and losses. Each and every settlement is particularly tailored to its unique circumstances. Your injury settlement will likely be based upon the following factors:

Depending on the seriousness of an accident, a cataclysmic wreck compared to a minor fender bender, a potential settlement might vary between the low 4-figures all the way up to the range of a million dollars. The following article covers the most common personal injuries caused by car accidents which our car accident attorneys have encountered over the years.

How Much of a Settlement for a Car Accident Head Injury?

Head injuries caused by car accidents can range from minor concussions to a debilitating traumatic brain injury (TBI). Often, car accident victims don’t even know they’ve suffered a head injury until days or weeks following the accident. Injuries to the head can cause multiple symptoms like: chronic pain, speech impairment, behavioral and emotional mood swings, loss of memory, and motor function difficulties. The eventual settlement you win will be based upon the type and severity of your head injury.

What is the average settlement for a concussion?

While most people consider concussions to be minor injuries, the truth is that they can cause serious, long-term damage to victims. If you’ve suffered a concussion from a car accident you might receive a rather substantial car injury settlement to compensate your losses. The total amount of your settlement will depend, of course, on the severity of your concussion and the level of strain it has put on your life and finances. For example, if you are unable to work due to your concussion, then you will likely be compensated for your lost wages. Thankfully, concussions frequently heal with weeks. Some concussions, though, can linger for months or even years. The duration of your injury will surely be accounted for in your potential settlement.

What is the average settlement for post-concussion syndrome?

How much of a settlement for a traumatic brain injury (TBI)?

Traumatic Brain Injuries (TBI) are one of the most serious head injuries you can suffer. TBI victims almost always spend more time in the hospital recovering, undergo expensive medical procedures, and face longer periods of recovery and future complications. The most severe TBI’s, though, might win substantial compensation to offset the long-term impairment victims face. If you’ve suffered a TBI from a car accident, your potential settlement could be for a high dollar amount.

How Much of a Settlement for a Neck Injury from a Car Accident?

Neck injuries are one of the most common car accident injuries. Most of these injuries end up being minor and heal within weeks of the accident. Some neck injuries, however, can be rather serious and can leave victims with long-term complications and chronic pain. Car accident injuries to the spinal cord or neck vertebrae often end up settling for high amounts. Less serious injuries typically settle for far lower amounts.

What is the average whiplash settlement?

Whiplash is the unnatural back and forth motion, ‘whipping,’ of the head when the body is impacted by a tremendous amount of force, such as in a car accident. This whiplash motion can cause substantial strain or tearing of the muscles in the neck and shoulders. Whiplash injuries often cause victims chronic pain and discomfort, as well as a loss of quality of life. Car accident injury cases involving whiplash frequently settle for smaller sums of money due to the effects lingering for just weeks or months. More severe whiplash injuries, on the other hand, have been compensated for much higher amounts, but these instances are quite rare.

How Much of a Settlement for a Back Injury from a Car Accident? 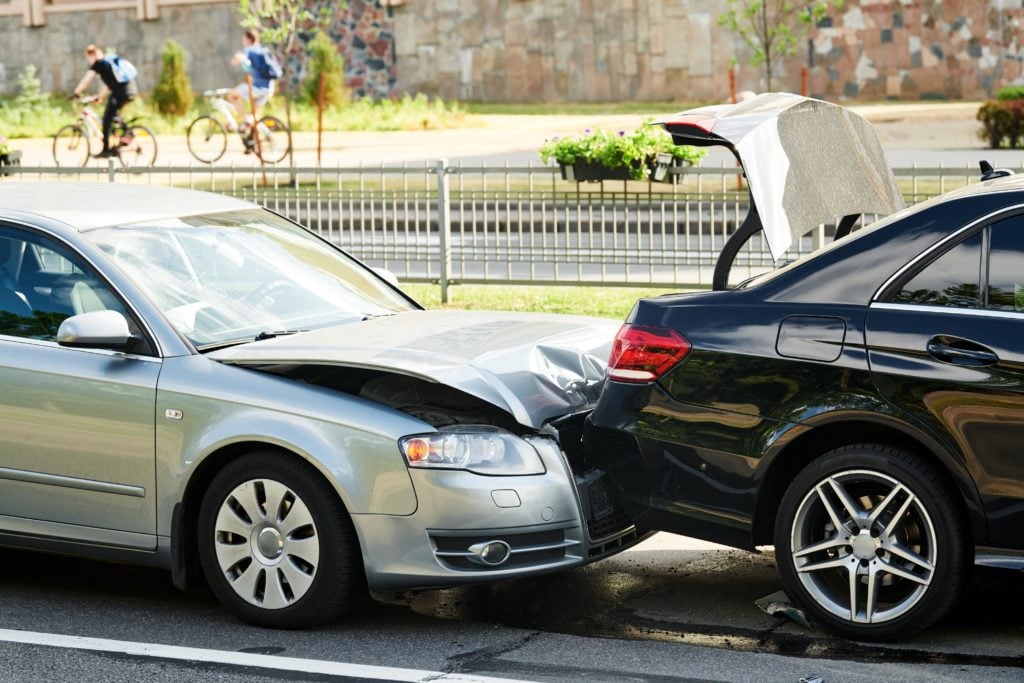 Similar to injuries to the head, damage to your back will likely be as serious as a spinal cord injury or as minor as a pulled muscle. Minor back injuries such as a herniated disc usually receive smaller settlement than major injuries which require surgery or possibly result in paralysis or long-term complications and disabilities. It is not uncommon for injuries to the spine to settle for large sums due to the significant impact such injuries have on a victim’s life.

What is the average spinal injury settlement?

Spinal injury settlements are commonly based around whether you were paralyzed or suffered a form of paralysis resulting from the accident. If you did, however, suffer paralysis due to your injuries, then your potential settlement could end up being for a substantial amount of money. It’s common for many spinal cord injuries which cause paralysis to settle for high-dollar amounts because of the long term damages caused to victims.

How Much of a Settlement from a Shoulder Injury?

Shoulder injury settlements are typically based on a several different injuries from cracked shoulder blade,  bursitis, or even sprains and simple muscle tears. Your potential shoulder injury settlement depends largely on how seriously you were hurt. Torn ligaments or strained shoulder muscles often settle for far below more serious injuries such as those that cause Permanent Total Disability (PTD) or Permanent Partial Disability (PPD). These injuries almost certainly settle for amounts far higher than minor injuries.

How Much of a Settlement for an Arm Injury?

Arm and hand injuries are easily the most overlooked of injuries caused by car accidents. However, broken bones, dislocation, ruptured tendons, and fractured wrists and elbows often leave victims unable to go about their lives as they did before their accident. The average settlement for a broken arm caused by a car accident is frequently high due to the long-term effects the injury has on victims. Injuries to the wrist or elbow can settle for far larger amounts if surgery is needed to reconstruct the damaged area, with many cases settling for higher amounts as well.

What is the Average Settlement for a Nebraska Car Accident?

Calculating the exact amount of your potential car accident settlement can be a difficult task due to the numerous factors used during the evaluation process. Some of the most commonly used factors are: where the accident occurred, the insurance policies involved, and the class of injuries you have suffered. Remember, since no two accidents are alike, it follows that no two injury settlements can ever be alike either.

Fortunately, most car accidents end up being mere fender benders which don’t cause serious injury. These accidents will settle for smaller amounts, more than enough to compensate your economic as well as your non-economic expenses. More severe car accidents which cause spinal or brain injuries typically settle for far higher amounts since they tend to cause long-term damage for victims. Accidents which cause paralysis or death almost always settle for even higher amounts since these effects are likely permanent. Thankfully, major accidents are very rare, so hopefully you will never have to worry about being injured in such a dangerous type of accident.

Contact The Advocates Today About Your Nebraska Car Accident

If you’ve been injured in a Nebraska car accident caused by another person, you need an Advocate on your side. Our attorneys know best how to win you maximum compensation for your injuries and losses. We have decades of experience helping victims all throughout Nebraska recover what they are owed according to the law. Don’t wait to contact our attorneys today about your case. You can either call us for a free consultation at (402) 275-6980, fill out the form below, or chat online right now from our homepage with a live personal injury lawyer. Don’t settle for second best. Your case deserves an Advocate!

Speak with an Advocate Today!